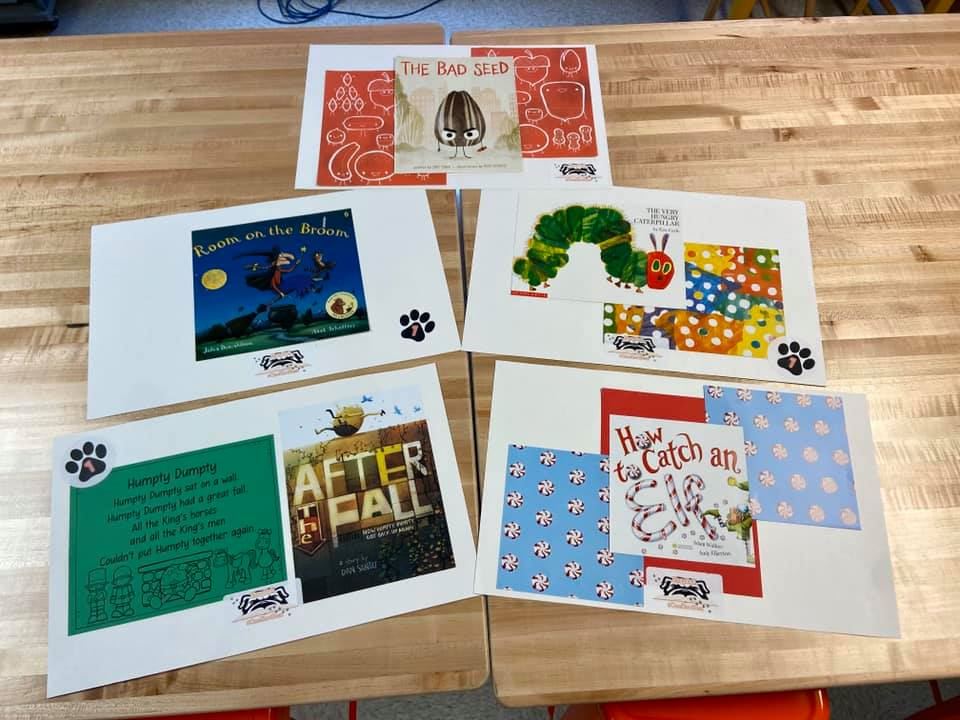 Students and parents alike can soon look forward to not only working out their bodies while taking a walk at any of the elementary schools in the Hart County Charter System, but also exercising their minds.

That’s because — thanks to the StoryWalk committee’s most recent project —  they’ll have a chance to enjoy reading a children’s book as they take a stroll.

StoryWalk, originally created by Anne Ferguson of Montpelier, VT to encourage exercise and reading simultaneously, first came to Hart County in the summer of 2021 when Hart County Charter System Instructional Coach Andina Oglesby pitched the idea and hit the ground running with a StoryWalk at the Hart County Botanical Gardens, followed by another one in downtown Hartwell during the annual Pre-Fourth celebration. Oglesby rounded up help from each of the elementary schools’ media specialists who have volunteered their time to make the interactive books possible by being on the StoryWalk committee along with Oglesby.

“I was looking for a project where I could pair the schools with the community,” Oglesby said about how the idea to bring StoryWalk to Hart County came about. “I wanted something specific to literacy since that is my area.”

Recently, the StoryWalk committee prepared five new books — three of which are slated to be installed at each of the elementary schools by the last week of September, giving parents and families a chance to visit them during Fall Break. The StoryWalks at North Hart Elementary and South Hart Elementary will be placed along walking trails, while the StoryWalk at Hartwell Elementary will probably go in front of the school. The other two books are holiday themed and will be displayed at the Monster Mash and Tree Lighting on the square for everyone in the community to enjoy.

The concept is that laminated pages from a children's book are attached to yard signs, which are installed along an outdoor path. As you stroll down the trail, you're directed to the next page in the story. StoryWalks have been installed in 50 states and 13 countries including, Germany, Canada, England, Bermuda, Russia, Malaysia, Pakistan, and South Korea.

For future StoryWalks, Oglesby hopes to work with the Spanish classes at the high school to see if students could translate the children’s books and provide a Spanish version of the book via a QR code to scan so bilingual families could see and hear the book also.

The reaction from students and parents who have participated in the previous StoryWalks over the summer in Hart County has been great so far, Oglesby said.

“We’ve had great feedback. People in the community have absolutely loved it,” Oglesby said.

Over the summer, one of the StoryWalk books was about murals, just as a new mural had been painted in town. Kindergarten students at Hartwell Elementary read the book and then created an art piece of their own personal murals before taking a trip to see the mural downtown and be photographed with it.

Now, the books are being shared across all grade levels at the schools with additional educational activities to be paired with the stories. One school is doing STEM activities related to their book, while another school is pairing character education with their 7 Mindsets.

“Each school is doing something kind of unique to the story that will be displayed at their school,” Oglesby said. “...We just hope to continue to get it to grow.” 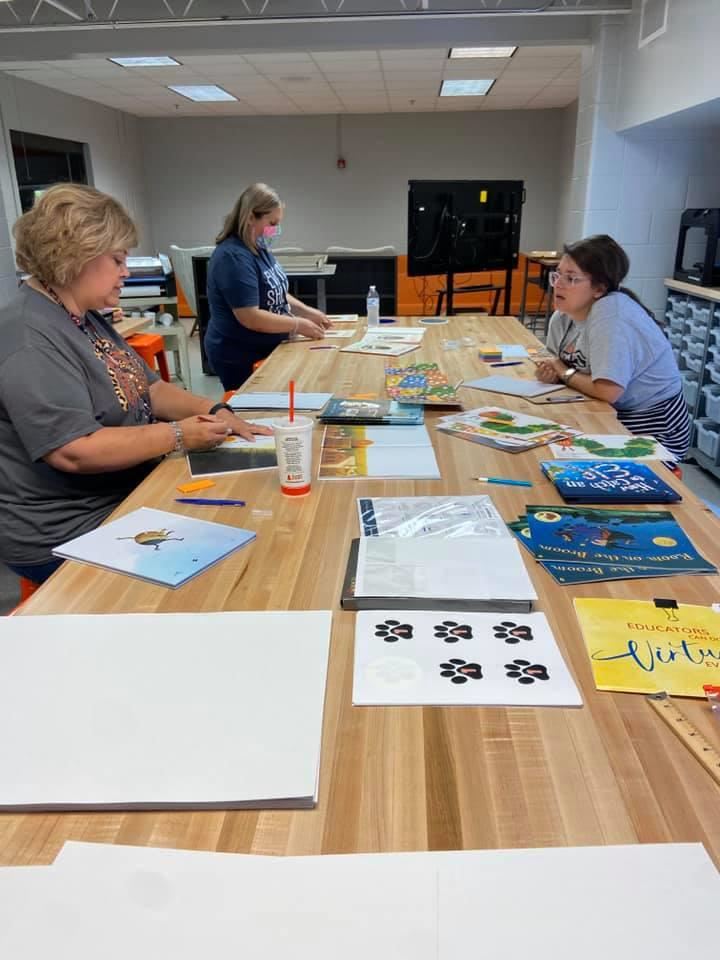 The Hart County School District does not discriminate on the basis of race, color, religion, national origin, age, disability, or sex in its employment practices, student programs and dealings with the public. It is the policy of the Hart County Board of Education to comply fully with the requirements of Title VI, Title IX, Section 504 of the Rehabilitation Act of 1973, the Americans with Disabilities Act and all accompanying regulations.

The Hart County School District does not discriminate on the basis of race, color, religion, national origin, age, disability, or sex in its employment practices, student programs and dealings with the public. It is the policy of the Hart County Board of Education to comply fully with the requirements of Title VI, Title IX, Section 504 of the Rehabilitation Act of 1973, the Americans with Disabilities Act and all accompanying regulations.
Copyright © 2002-2021 Blackboard, Inc. All rights reserved.